There are many famous Clock Towers in the world. Abraj Al Bait is one of them, It is a 5 star hotel which stands on number 1 in the list of world's largest clock tower. The tower is situated in Makkah, Saudi Arabia beside another 5 star hotel "Sharikah Makkah" and "Dar Al Tauheed. It is constructed by the biggest construction company of Saudi Arabia "Bin Ladin". The construction took nearly 2 years. Abraj clock tower is the 2nd largest building after Burj Al Khalifa which is in Dubai. Abraj Al Bait is an architectural echo of Big Ben clock in London which is crowned with a special stainless steel spire topped with a half crescent. 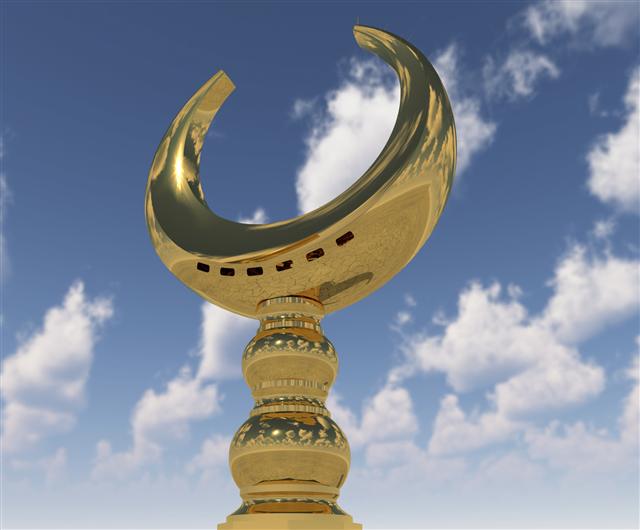 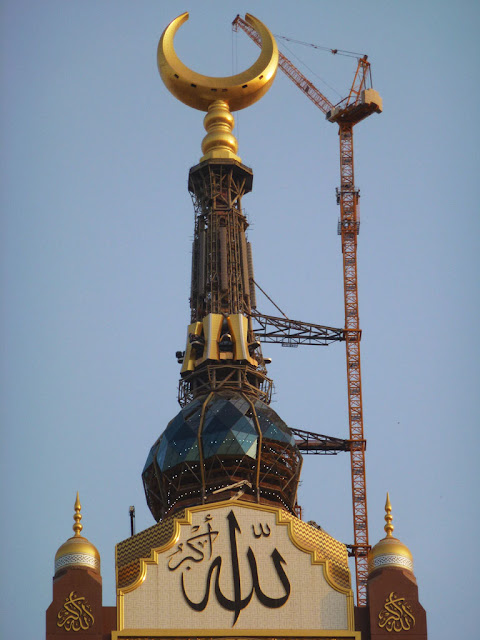 source
There are light beams which allow deaf persons or those who are far from the Holy Mosque Haram to know the prayer timings in Makkah and nearby cities.

Assembling the crescent of Abraj Tower.
The biggest crescent was constructed in Dubai. Fiberglass (backed mosaic gold) were used in its construction, The weight of the Crescent is nearly  35000 kgs. Approx 90 million Dirhams were spent for the crescent's construction along with the workers. 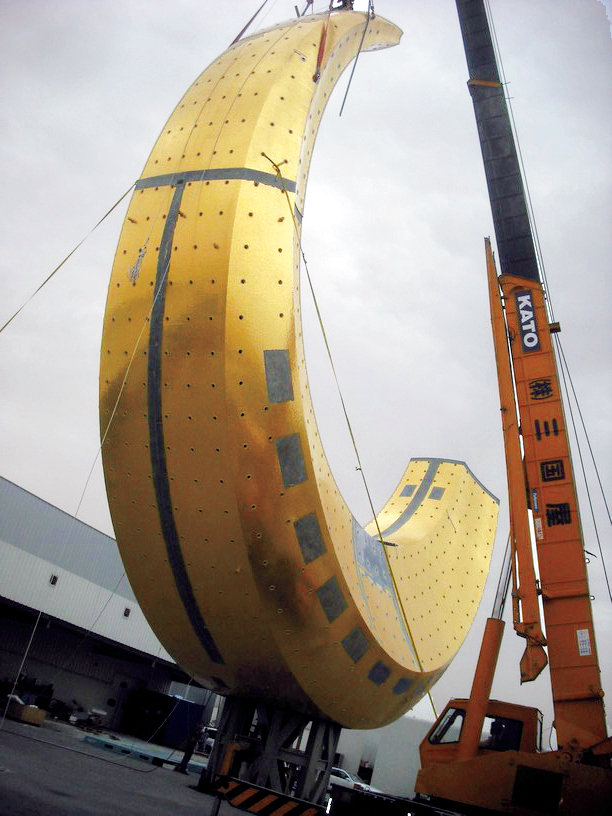 source - Lifting up the huge crescent with the help of crane 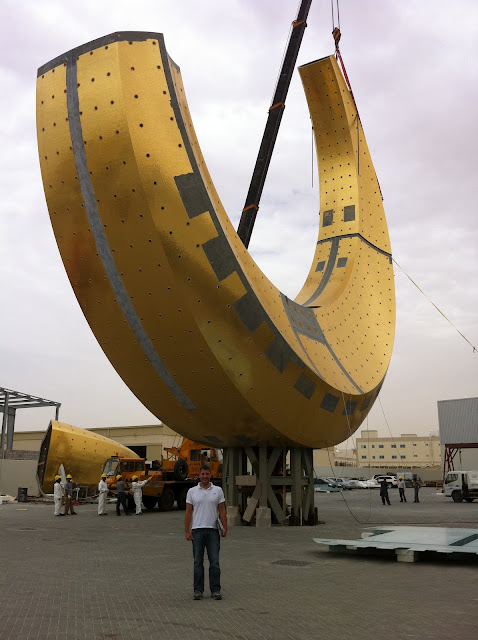 While moving the huge Crescent from Dubai to Makkah it was divided into 10 parts. Its remaining parts were lifted up by the help of cranes and they were assembled above the spire. 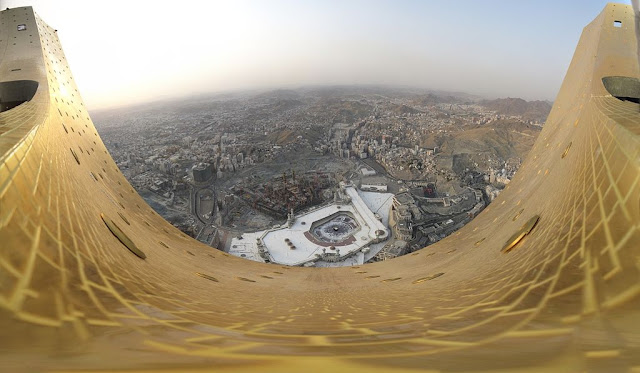 Middle view of the largest crescent in Mecca 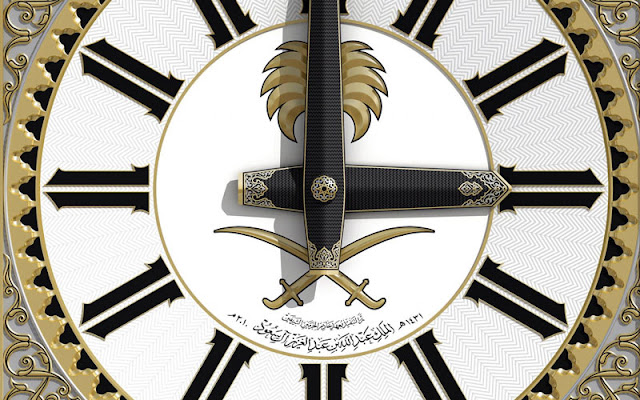 source (EPA) - Largest clock of the world front view Picture
Each face of the clock is 46 meters in diameter and are illuminated by 2 million LED lights. More than 21000 white and greet color lights are lit on 5 times daily prayers which can be seen from 18 miles. 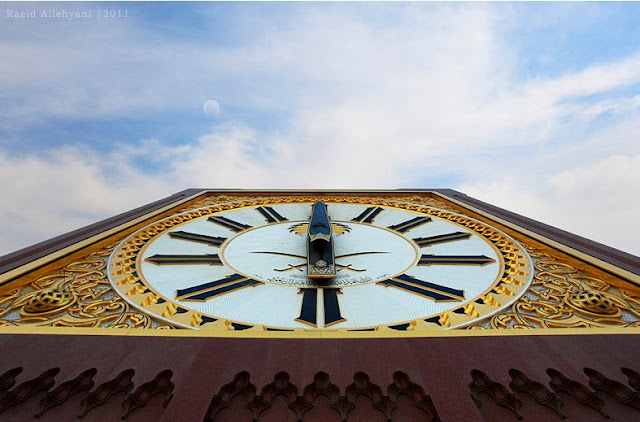 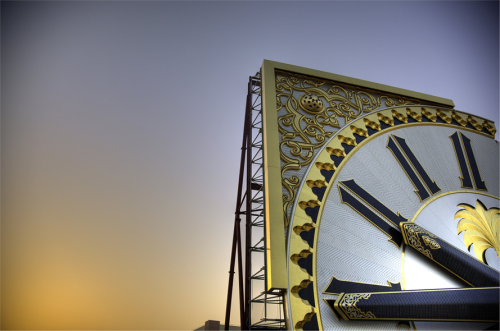 Corner view of the biggest clock in the world Pictures 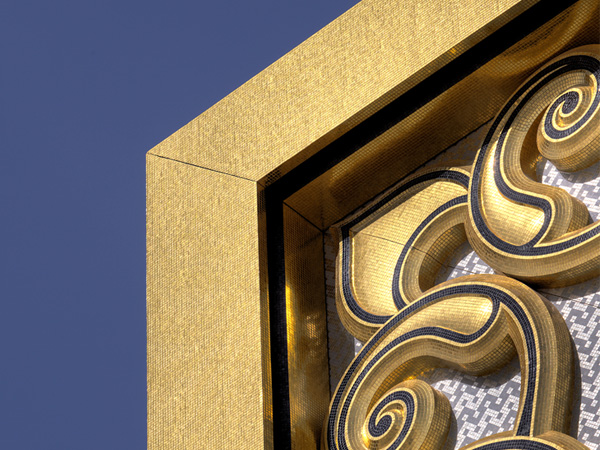 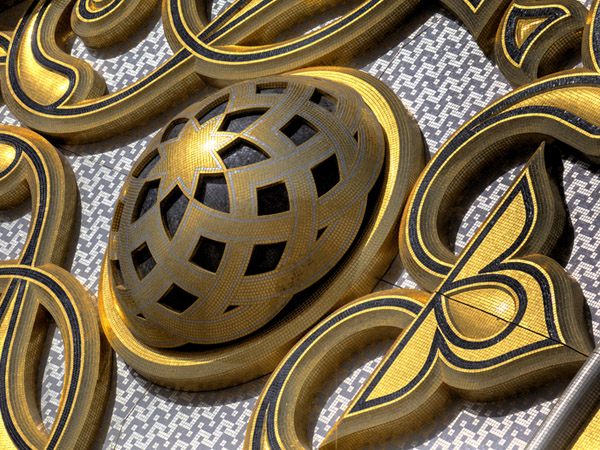 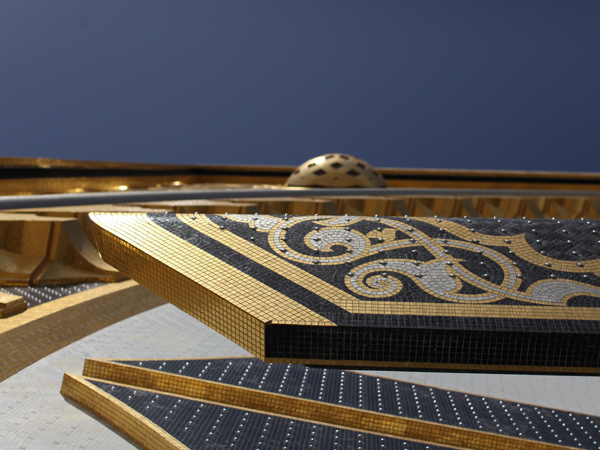 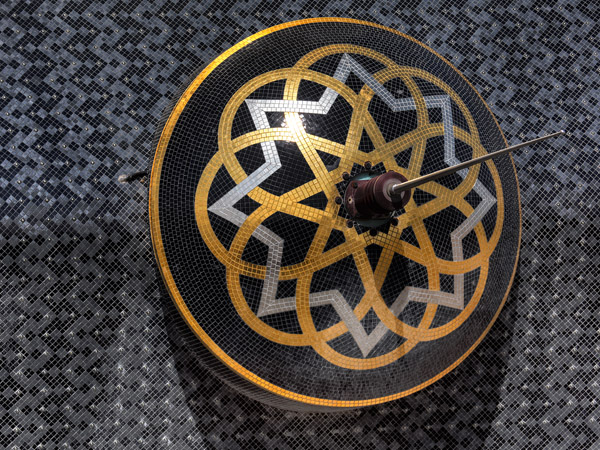 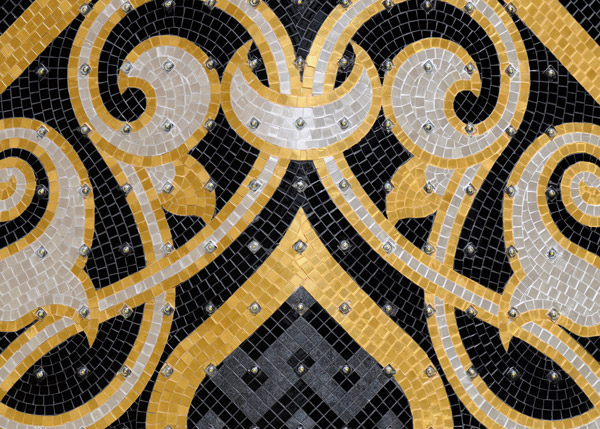 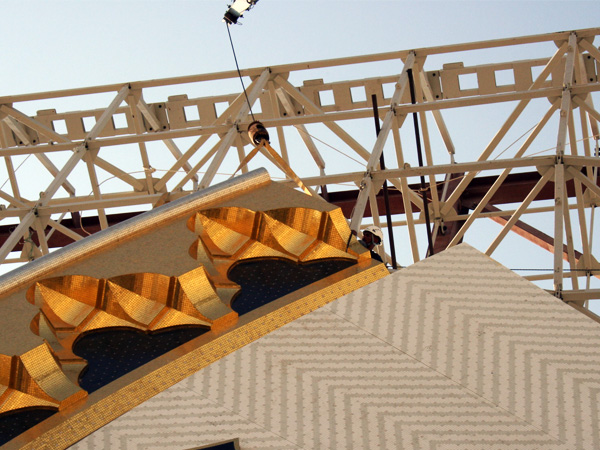 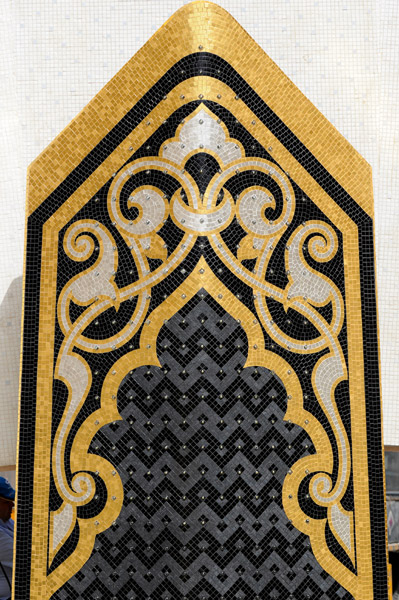 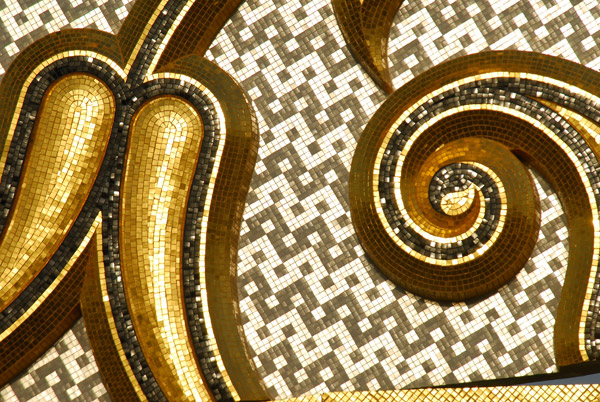